Although we recruit up to 150 staff in various different jobs working amongst all of our camps each summer, during the year we are a small group with a huge amount of experience dedicated to making each year even better and getting everything ready for the following summer. 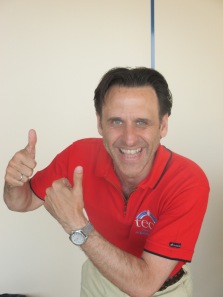 David is our venerable leader and the founder of TECS.
David started TECS in 1997 from a small camp of just a few kids and him basically doing every job to over the thousand kids we have now! Apart from the summer camps David has grown TECS to have multiple academies, language travel programmes and FIPs. David has done almost every job on camp and his biggest passion is “Developing an educational organization that contributes responsibly to society through the development of people” 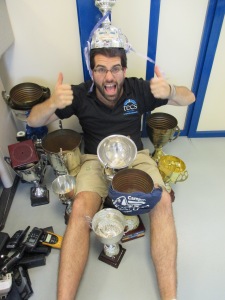 Patrick has been working on TECS Summer Camps his entire life. He started as an assistant monitor while still in school, and was hooked from the very first moment! He has worked every summer since then in a variety of different positions until he moved to Spain to work year round as the Director of language camps all year round. In his role he is the overall responsible for TECS Summer Camps and is in charge of ensuring that all areas of summer camp are running well.  His biggest passion is “making every staff member better, both professionally and personally”

Director of Welfare and Parental Communication 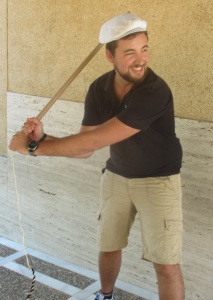 Kike first started out on TECS Summer Camps as a camper back in 2008! From there he got the inspiration to want to give back to campers what he himself had received from his monitors and teachers. Kike is now responsible for overseeing the welfare care and health of all of our campers, and also for all communication with parents. Kike’s biggest passion is “ensuring kids have a caring and supportive environment”.

Gill started of in the very first year of TECS Summer Camps and has worked every summer since then. She has been a teacher, coordinator, director and is now the central office responsible for the setting up and materials for all over camps, the coordination with our external suppliers and for general logistics. Gill’s biggest passion is “helping others to succeed and work harmoniously together”.

Jenny started off in camp as a monitor. She has worked year round for many years both in our summer camp and language centre departments. She is the summer camp assistant director responsible for all things English learning. She oversees the quality of our classes, teaching resources, and ensures that all of our teachers have what they need.