As many of you know we here in TECS are a tad in love with developing new ideas, changing things and generally improving things one year to the next to make them even better for the kiddies. Well this year is no different. By this year I mean 2017. It’s confusing I know. Obviously there will be loads of small new things this year, like every year, but the main changes for 2017 are:

So the biggest novelty for us here in TECS Summer Camps is Little Village Travelling (or LVT). For many years we’ve been running what are called Language Travel programmes which is basically where one of our Language Travel Coordinators takes a group of students from Spain to another country like the Ireland or the U.K. for 2-3 weeks. Usually the students would stay either in host families or a residence and would do a summer school there with another company. We would supply the coordinator and put the logistics of where they would stay and the programme, but it would all be sub-contracted because obviously we don’t own anywhere abroad and it would be very complicated for us to do otherwise.

Until Now: Meet Little Village Travelling. LVT is going to be like another one of our summer camps but in a place called Mumbles in Wales. The school in which we are based now has a large house (called Ael & Byrn) in Wales as they have it as part of their school curriculum to send the students over for a trimester to study there. During the summer the plan is for us to use it to run a Mini-Little Village (for only 20 or so kids) for kids who are 14-17 years old. It will be slightly different to Little Village in that obviously there are less kids and the focus will be much more on getting out of the facilities, going on trips, etc. to get both the language and culture that Wales has to offer.

Obviously we don’t have all of the details of the programme yet as we will be developing it bit by bit but you can see the basics and some photos here.

Magic Village and Little Village on the same site!

So up till now Magic Village and Little Village have been based in separate venues with MV being in the rural Los Chozos site and Little Village in the beautiful Huerta Dorotea site. However, for the past few years we haven’t managed to always the fill the camps with kids which is obviously not sustainable for us so we have decided to run both Magic Village and Little Village in Huerta Dorotea (LV’s site) but at different times. As MV historically does better in camp 1 it will be on in the first fortnight and LV does better in the second fortnight and so will be in camp 2.

We are also planning on using both the wooden cabins and the hotel meaning that, in theory, we should be able to fill the camp for the entire month of July with like 90 campers in each fortnight. The only slight challenge of this will be that staff working in this camp will have to work younger kids in camp 1 and then older teenagers in camp 2.

You can see more details about each programme here.

As TECS College used to be based in the same venue as Magic Village in Los Chozos, which we are nolonger using, we have decided to move TECS College to El Puerto de Santa Maria (in the same venue as Family Camp Puerto). This makes the most sense as we’ve got so much space in this venue, it’s the venue with the best facilities, it means that TC will close to the development-obsessed central office team, and the kids will actually have internet to do their portfolios!!

Due to the size of our camp and the fact that we have kids from 6-17 in El Puerto de Santa Maria we’ve always had to split the kids into age groups. For the last while we’ve done this by having two camp programmes in the same venue: We had Go Camp which had the 6-9 year olds and Family Camp Puerto which had the 10-17 years olds which was further split into two separate age groups of Juniors (10-12/13 year olds) and Seniors (12/13-17 year olds).

The reason the tiniest ones where in a “separate camp” was because we wanted this camp to be a bit different so we marketed Go camp as the welfare camp where we had Spanish/bilingual monitors and the whole programme was made so that a little 6-year-old could leave home for the first time and do a two-week residential camp.

What we realized with time was that the type of family that sends their kid to our summer campssummer camps is looking for English as the top feature, and so we ended up not getting very many Go campers. So for 2017 we will be saying goodbye to the Go camp name and instead we will just have Family Camp Puerto which will now have 3 age groups:

Funnily enough this is actually what we used to have pre-2013!

I think in recent years with the addition of so many camps, especially the villages, and extra features in FCP like Trinity, Day Camp, etc. Family Camp Puerto has become something other than what it is supposed to be. Family Camp Puerto should be the biggest, most action-packed, fun camp. It should be the camp where the kids who want to have loads of fun, rather than personally develop or do Total English (nothing wrong with that!), should go for an AWESOME SUMMER. It should be the MASSIVE camp with over 200 kids in it.

Family Camp Puerto is going to be amazing!!!!!

Don’t worry….. We’re keeping Family Camp Gredos! Honestly, we love this site. It’s just such a beautiful and chilled out place. The owners are lovely. We just had to stay there.

As soon as I know anything I’ll let you know!

FIPs (Mini Bespoke Camps During the Year for Schools) 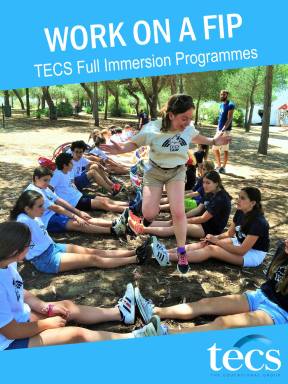 A lot of people don’t know what these are but basically they are mini-camps that run throughout the year for a couple of days. A school will come to us and say that they want a mini camp of just 3 or 5 days for an entire school year/class where they do a typical summer camp type day with class in the morning, activities, the whole shebang! We started doing these for the first time last year and we managed to get 4 programmes but this year we think we should have somewhere between 10-15.

As these can either be during the week or on weekends and are generally between February to June it can be difficult to find staff that are available to work on them for the few days. If you are based in Spain and would be interested in finding out more, you can check out here and you can sign up to be on our FIP mailing list where we will send you out an email when we are looking for staff. All you’d have to do is email us back if you are interested in doing a mini camp with us.

Again we are developing our recruitment website www.tecsemployment.com so that it not only looks better but more importantly is practically better and more useful for you the applicant. We are always open to ideas so if you think of something then please let me know and email employment@tecs.es.

This site uses Akismet to reduce spam. Learn how your comment data is processed.